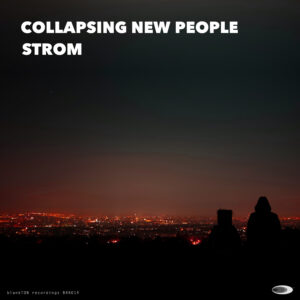 Collapsing New People is an Austrian electropop-band founded in 2002 by Cy, Didi Disko and Loona Cox in Vienna. For more than a decade the band had been a constant force in the Austrian music scene, especially embraced for their energetic live sets and uncompromising musical style with lots of fans all over Europe, especially in Germany, Switzerland and Belgium.

The bands eventful history is rich in praise from media and various audiences, their influences range from postpunk and new wave to funk and electro to synthpop and experimental music. With “Dysfunctional Robots”, the band returns after a longer hiatus, now with founding member Cy at the center of all activities. “Dysfunctional Robots” is not just a new album, but also a milestone in the bands’ history, a consolidating look back as well as a bold look forward. 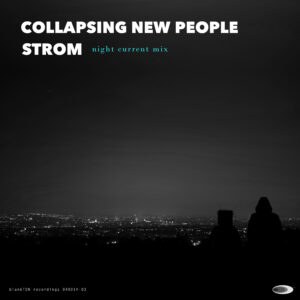 Their first album “Concrete View” was released in 2002, recorded and published in full-on do-it-yourself-mode. After a few hitsingles like “Revolution Girl” (Strobelight Records 2003), “Regressive Attack” and “Collapse Collide Capitulate”, both from their second album “Collapsing New World” (2005) and some changes in the line up, the band played some remarkable live gigs like headlining the Fake-festival in Nancy in 2006, playing New York City and Budapest in 2009 and the Big Brother Awards in Vienna in 2011.

*watch the video for the new single “Strom”:

With their third album “Crash Test Junkie” in 2010 (Klanggalerie), the band underwent a consequent development towards electropop but also included elements of funk, triphop and contemporary electronica. Thematical influences ranged from Dada, Art Brut, Film Noir and Science Fiction while a lot of the songs also dealt with personal and socio-critical issues.

The music of Collapsing New People has also always been an inspiration for artists of various fields and were also frequently used as soundtracks for political documentaries.