For the people who know me, it comes as no surprise that at least one posting here is about Richard H. Kirk , one of my all-time-heroes. To give a short explanation, i accidentaly came across the Cabaret Voltaire-album Microphonies (which i now find to be deleted and not even available as a download?! what’s going on?) only a few years after it’s release in 1985 and it instantly became one of my personal all-time-favourite albums ever, i still listen to this every now and then and find it hasn’t aged even a bit.

What Kirk, together with Stephen Mallinder did on this album was to bring something very new to the electronic pop i already loved back in the days – the whole structure has been more fluid as with other bands, CV almost completely neglected the idea of a hit-and-run-popsong by letting all the parts of a track more or less go it’s on way – more or less together in a harmonized piece – but not in the way you’d expect an electronic pop-band to be. Sometimes such things as a chorus were completely left out, the vocals were supposed to have “the same right as the other elements”. Coming out of a very artsy background and producing groundbreaking experimental albums like “Mix-Up”, “Red Mecca” and “The Voice Of America” in the late 70ies and early 80ies, it’s been quite obvious that CV wouldn’t queue up with the Depeche Modes of their time with their take on pop music. Sometimes it sounded like the band had found a hidden and deeply secret subterranean flow that would run under each and every city, picking up sounds and moods, somehow compressing the soul of the city and the band would chop out blocks of this stream and release them as songs. It always has been a lot about aesthetics, the way some noises would sound together and just let them go and see what happens. This approach to music has been something completely different as everything i had heard before – the band themself stated on various occasions that they wouldn’t consider themselves as musicians, but more like sound-collageurs which i find quite accurate indeed. However, the band could not escape some other underlying mechanics, especially those of the music industry in the 1980ies – with constantly gaining more popularity the pressure to do a really well-selling pop-record and as the fans of the bands early work could at least go along with the funky-poppy-older-brothers-of-depeche-mode-weirdness of their 1987-album “Code”, the candy-striped club-anthems of the follow up “Groovy, Laidback & Nasty” had been too much (or maybe too less?) for their taste and a wider audience couldn’t be reached. So, inevitably, the group disbanded. 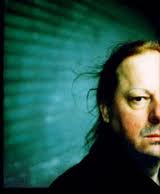 But not completely – Richard H. Kirk had always also released music under his own name and from 1993 on, he increased his output enormously. Using a vast number of different aliases and working with different record labels, he again created different and characteristic sound aestethics with every release – and the rise of the so called Intelligent Dance Music gained additional momentum when it came to attracting attention. But of course, superstardom hasn’t been at hand – his works were still held in high regard, but only to a quite small audience, spread out across the globe. In the late 00ies, the amount of his output thinned out and on the other hand also became increasingly unaccessible. However, on special request by Radio FM4, i did a two-part-mix consisting of work Kirk has done in the years 1993 – 2003 some time ago and i recommend you give it a listen.

for an overview of available releases of Richard H. Kirk pls go to http://www.richardhkirk.com/