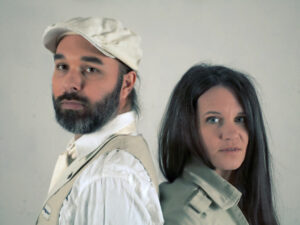 We already featured this duos’ debut album “Jaeyn” in 2015 and now they’re here with a new album. Here’s what we found about this:

The musician duo Jaeyn, consisting of Nicole Jaey & Harry Jen, produces electronic songs on the genre boundaries of Pop, Beats & Future Garage. In addition they create their own world
with VFX & 3D animation. In 2014 the duo (then named “Nicole Jaey & Harry Jen”) released their first album “Jaeyn”. Their song “Glow” was in rotation on Radio FM4 and on the Soundselection 31. Since then they have played live in Austrian and international venues, such as Waves Festival, Soundframefestival,  Donauinselfest, More Ohr Less Festival, Popfest Wien and Schmiede Hallein.

Nicole Jaey is known as a music producer, singer, songwriter, for radio airplay on FM4 and appearances at numerous festivals. Harry Jen releases his solo albums on the Berlin label Prrrrrrr and collaborates with artists such as Left Boy, Neu Schnee, Bartellow, Violetta Parisini and Hans Joachim Roedelius. Their song “Glow” got good airplay on Radio FM4 and was featured on the FM4 Soundselection 31. Since then they have played live in Austrian and international venues, such as Waves Festival, Soundframefestival, Donauinselfest, More Ohr Less Festival, Popfest Wien and Schmiede Hallein. 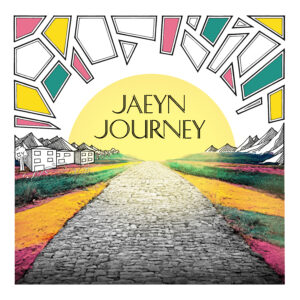 With its touch of hyperpop & two-step elements, their second single “Girl” already left an impression also with international media and influencers. For the music videos for the singles “Journey” and “Lighthouse”, Jaeyn was accompanied by the dance duo Indeed Unique.

So please enjoy another round of Jaeyn and their delightful and characteristic take on 21st century pop.